The History of St. Luke’s

St. Luke’s grew out of the pioneering efforts of the Missionaries of Valle Crucis to establish the Episcopal Church on this side of the Blue Ridge. The Missionaries set up preaching stations in and around Valle Crucis. Boone was one of the first to be established. On September 1, 1859, the third Bishop of North Carolina, Bishop Thomas Atkinson, assisted by the Rev. Mr. Bell (Missionary in Charge), preached and confirmed one person. This is the first instance of that rite being administered or of a Bishop visiting Boone.

On June 26, 1882, Squire Daniel Boone Dougherty donated a property on Kings Street for the first St. Luke’s church building. It was built for $400. The population of Boone at that time was 1,291. The first service was held in September, 1883, with ten communicants listed. In 1903, a chancel and vestibule were added. Services were not held during the winter months as the building was not heated.

By 1918, there were no resident Episcopal communicants. The Mission was evidently dormant until 1924. The Lutheran Church held services in the building until completion of their own church building. It was largely through the efforts and leadership of Dr. George K. Moose and his wife, Effie, that St. Luke’s was revived initially with ten or twelve members. In 1935, services were again held in the old building, and due to the lack of heat and concern over safety, the services were moved to the living room in the home of Dr. and Mrs. Moose.

When the group of worshipers became too large for the Moose’s living room, the Lutherans offered the use of their church where services could be held before their Sunday School hour. As the congregation grew, plans were made to construct a new church building with a capacity of 100.

In 1983, members of the congregation petitioned the 1984 Diocesan Convention to become a parish. The congregation steadily increased and in the mid-1980s, it became apparent that the congregation had outgrown the church building. Plans for a new building with a capacity of 250 were drawn up. By this time, the church building was surrounded by Appalachian State University buildings, and the land was sold to the State of North Carolina for $200,400, for use by the University. The last service was held on April 30, 1995. As part of the contract to sell, there was a provision that should the University decide to tear down the building, St. Luke’s would be allowed to move the old church building to the new location. Funds were raised and the original church building was moved to the new property on Councill Street, and became our Chapel. 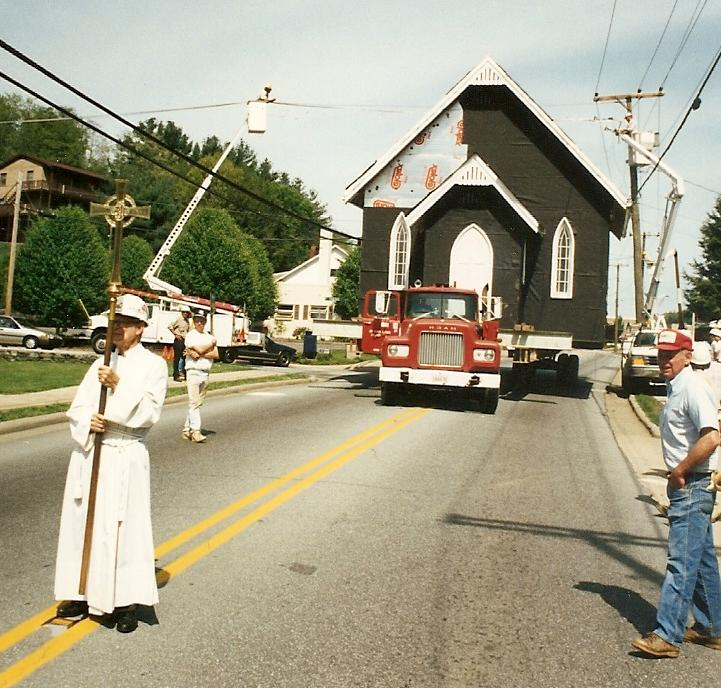 It was a memorable procession down King Street. Fred Gilman, the oldest parishioner, led the procession carrying the cross. The new church and the chapel sit on three acres at 170 Councill Street. The Dedication and Consecration of St. Luke’s new church was conducted by the Bishop of Western North Carolina Diocese, the Right Rev. Robert H. Johnson, on July 16, 1995, with 308 persons in attendance.